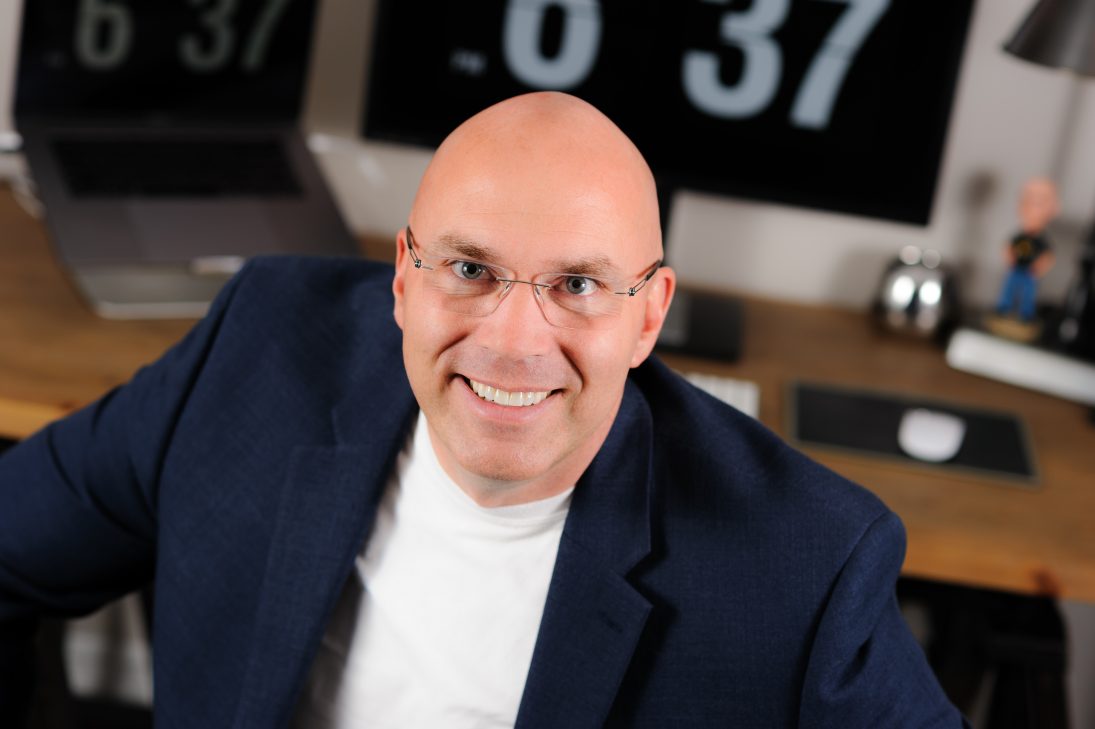 How do you define a leader?

I have a book called “You Don’t Need a Title to Be a Leader” by Mark Sanborn. I love the concept that it doesn’t necessarily need to be the owner of the company or the director of the department. Anybody can be a leader.

The definition of a leader is somebody who other people follow. That’s what makes them a leader. I had people on my production team at my agency that were not the heads of a department, but people followed them, admired them, and respected them. People knew that they had answers to their problems, so they were willing to follow somebody like that.

You see this a lot on sports teams—it's not always the captain of a sports team who is the leader of that team. There are a lot of other leaders on the team. And their teammates respect them because they know they can learn from those leaders. That’s why they follow them.

You don’t necessarily have to have the title of a leader to be one.

Instead, you’ve got to be able to problem solve and to deliver it in a way that is accepted by the person that came to ask for your help. You see a lot of people who can solve a problem, but the way they do it is condescending or abusive. That’s not leadership—that's bullying! I think that people skills are supercritical for successful leadership.

What makes a leader—a leader?

Some people are born with leadership skills. But I do believe that leadership can be learned by anybody. As human beings, we only use a certain minuscule amount of our potential. But we can learn so much more than we think we’re capable of.

If I were at the start of my career now, I would start learning leadership with people skills. It’s an ability to interact, coordinate, manage, and inspire other people. That’s at the heart of being a good leader. Also, there’s a book that I always recommend for this. It’s “How to Win Friends and Influence People” by Dale Carnegie. It’s one of the oldest self-help books of all time. It’s so good because it gives you some of those fundamental skills that will make you a better leader.

Start learning with people skills, with a book like that, and then implement some of the techniques that you’ve learned, practice them until they become natural. You’ve got to turn these educational moments into personal habits that you repeat over and over again, without even noticing that you’re doing it.

How did you realize that your power was in management and leadership?

I didn’t consider myself a leader until I got my job at Fox Studio. I was 28 years old when I got a job as a creative director there. I had a big team of designers, front-end developers, and account managers. And a lot of the people on my team were older than I was. And most of my colleagues thought that I was older than I was.

After we worked together for several months, I asked one of the people on my team who was 40, how old he thought I was. And he said, “I don’t know maybe 38−39, somewhere in there.” He thought I was 10−12 years older than I actually was. That’s when I started to realize that one of my strengths wasn’t just technical skills, but was the ability to lead, inspire, motivate, and mentor other people. And since I realized it I’ve had a lot of great experiences in leadership.

— Name one thing or a person that has changed your perception of what management is?

The book that changed a lot for me is called “The E-Myth Revisited” by Michael Gerber. I talk about it a lot on my podcast and in my posts. One of the core fundamental principles in that book is that systems run the business and people run the systems. This kind of changed the paradigm of my leadership style. I’ve realized that I need to have a systematic process for everything that we do in our business.

When you have a structured system inside of your business, that people are managing, you don’t need a leader to be telling them what to do every second of the day. You don’t need somebody standing over their shoulder saying: “Do this, now this, and now do that.” It’s the system that manages the people, and the people run the system.

In his book, Michael Gerber uses one of the greatest examples of systems in all the world, which is McDonald’s. You can get hired at McDonald’s today, and by the end of the day, you will be able to make their entire menu. Because it’s so systematic! Leadership isn’t telling somebody what to do all day. Leadership is implementing structured systems that people can manage inside of your business. This is a way to build a much healthier business.

Leadership isn’t telling somebody what to do all day. It’s is implementing structured systems that people can manage inside of your business.

Usually, when there’s a problem in business, a bad leader looks at it and says, “Uh, John did a bad job. We have got to get rid of John.” Instead, when I had problems at my agency, my first inkling was to look at the system and say: “Okay, what broke in the system? What did we not follow here? Or what are we missing in our process that would have solved this problem?” Then I would modify the process, instead of the standard way people look at that. In fact, I finished having structured systems for everything we did at my agency.

What is your #1 technique of making decisions?

My principle is to make emotional decisions based on data. I want to see the numbers before I just say there’s a problem.

For example, I had somebody reach out to me about a pricing question and she said, “I'm just struggling to get people to pay the $ 1,000 price. I can get people to pay me $ 800, $ 900, but I can’t get people over the $ 1,000 barrier. How do I do that?” My answer was—show me the data. I want to see all the projects that you’ve pitched and how many of them you won, and at what certain price points.

I always recommend people to look at those numbers to see if they even really have a problem. Most often people don’t know the data. They’re just wandering around feeling emotional about their business. And the reason why they get nervous and scared because they don’t actually know the numbers, which tell you what to do.

Another example is the decision to sell my agency. It came after analyzing the situation. I asked myself lots of questions. How much money have I made at my agency? How much do I have in the bank? How much do I have in my business accounts? How much could I make in the future? Do I want to continue owning an agency with lots of employees, at the risk level that I have, to yield a greater amount of money in the future?

And my decision was no. I had plenty of money already, I had made a lot of money in my agency, and I didn’t want to have all that at risk any longer for the opportunity of making more money in the future. I was content with the amount I had at that phase of my life, and I didn’t need more money. So I looked at it and made my emotional decision based on the analysis to sell my agency and pursue other things.

Describe your management style with one word.

Oh, you got me here. I’ll give you a few words as options for the one word.

The first one is systematic. As I mentioned earlier, it’s those systems, checklists, and tasks. People understand the system and they follow it. I run that for myself, too. I have a very systematic way of working on the tasks that I do.

I’ve been doing business coaching, content creation, writing books, and speaking at conferences for the last couple of years. And one of the biggest challenges that people face is that they set their expectations way too low. People can think a little bigger and dream a little bigger than what they do right now.

We live in a global economy. There’s no reason that somebody in Siberia can’t decide that they want to have Disney as a client. They can actually achieve that in 2021 and beyond! And you’re a great example. You run a studio, you’re doing interviews and other things. You’re dreaming bigger than a lot of people do, but what’s next for you? How much bigger can it be for you? Are you dreaming big enough?

Most people are dreaming too small. Open up your eyes a bit more and see what you can accomplish in life. You only get one shot at this mortal life we have.

Subscribe to my monthly newsletter and Telegram channel to receive new interviews on management and leadership on this blog.